Over the past couple of years, Oppotus has kept a close eye on Malaysian e-wallet usage, keeping track of the entries and exits of the numerous e-wallets that have come and gone as well as diving deep into the data behind the usage of e-wallets. When we first started covering the e-wallet landscape, we could see that there was significant growth potential for e-wallets in Malaysia, but we certainly did not foresee the COVID-19 pandemic. Just as the COVID-19 pandemic has had a profound effect on all walks of life, it has also affected Malaysian e-wallet usage in the past 2 years, possibly even being a major boon for the e-wallet landscape. According to MasterCard’s Impact Study 2020, Malaysia is the leading country for e-wallet adoption in Southeast Asia, even amidst the disruption of our everyday lives thanks to the numerous MCO periods.

As we dive into our latest set of data regarding Malaysian e-wallet usage, we find that COVID-19 has brought significant changes to consumer lifestyles. The growth of online shopping that often requires a digital mode of payment in addition to the support by government has greatly encouraged the adoption of e-wallets in consumers, and e-wallets have also grown in popularity as an option for contactless payment in the era of “The New Normal”.

Malaysia has a large variety of digital wallets available. Samsung Pay which was introduced in 2017 was one of the first of its kind, and was closely followed by other familiar names such as Alipay and BOOST which are still commonly used today. Touch ‘n Go, GrabPay, and WeChat Pay joined the market in 2018, with the first two quickly becoming among the most popular e-wallets in Malaysia. In 2020, Shopee Pay was introduced in accordance with the rapid growth of Shopee usage amongst Malaysian consumers, with more and more shoppers turning to e-commerce in recent years thanks to innovations such as livestream shopping, along with periodic surges during the months with major e-commerce festivals such as 11.11. However, the e-wallet landscape in Malaysia is not always welcoming, as the increasing competition in the digital wallet market resulted in some e-wallets such as V Cash and Razer Pay having to cease their operations.

The Demographic of E-wallet Users

In Malaysia, the e-wallet users are mainly young adults (25-34 years old) as this is the age group that’s most familiar with digital systems. Monetary factors such as being part of the PMEB and upper M40-T20 groups contribute to a higher rate of e-wallet usage. Notably, KL/PJ area has the highest e-wallet usage which may be due to the fact that the number of COVID-19 cases there was more severe, making people opt to go cashless and increase their online purchases.

While the profile of e-wallet users remaining somewhat consistent in 2021 as compared to 2020. The number of PMEBs and average income levels have increased marginally among e-wallet users in 2021, but the most notable development is that the average age of e-wallet users has increased slightly to 35 years old in 2021, compared to 33 years old in 2020. This is a key indicator that Malaysian e-wallet usage is going, or is now more, mainstream and that the e-wallet landscape has reached a considerable degree of maturity, as demonstrated by the increased number of older users who are typically the last to adopt new technologies, tending to only do so when that particular technology makes the transition to becoming part of everyday life.

The usage of e-wallets spiked to 62% with the introduction of Movement Control Order (MCO) 1.0 back in 1Q’20, where the onset of the pandemic gave rise to several factors which caused a rapid acceleration in the adoption of e-wallets in Malaysia. During this period, the e-Tunai Rakyat campaign also encouraged many individuals to download digital wallets such as BOOST, GrabPay, and Touch ‘n Go to claim the RM30 subsidy offered by the Malaysian government. The usage slightly dwindled in 2Q’20 to 49% but picked up again in 3Q’20 to 60% with the e-Penjana campaign that offered qualified individuals with verified accounts an additional RM50 of e-wallet credit.

Towards the end of 2020, Malaysian e-wallet usage saw a slight decline to 56% as there was a possibility of another lockdown due to rising COVID-19 cases, causing consumers to cut back on their spending.

However, e-wallets made a comeback at the start of 2021 as usage reached an all-time peak of 67%. During this time, we found that consumer confidence rebounded to its highest point over the last 2 years despite the enforcement of MCO 2.0 thanks to Malaysians being optimistic about the future along with the rollout of the national vaccination program. At this point, the high rate of e-wallet usage mirrored an improving state of financial wellbeing amongst Malaysians who were also spending more than they had in the past year.

The recent FMCO/ MCO 3.0 in 2Q’21, took a toll on e-wallet usage given the more stringent standard operating procedures (SOP) compared to other MCO as the number of COVID-19 infections reached an alarming high in Malaysia. With the daily number of new cases reaching 5 digits, Malaysians quickly lost the confidence they were displaying during 1Q’21 and were forced to be cautious with their spending and avoid going out once again.

As of now, almost the entirety of Malaysia has finally entered phase 4 of the National Recovery Plan with the exception of just a couple of states. With the economy now free to completely reopen and the Malaysian population ready to head out and embrace living in the era of “The New Normal”, consumer confidence has strengthened and we find e-wallet usage quickly rising once again, almost equalling the all-time-high of 67%.

Looking across the different age generations, there is a strong increase (+33%) in e-wallet usage among Generation Y in 3Q’21 compared to 2Q’21. Generation X has also hit an all time high of 68% in 3Q’21. This shows that Malaysians are beginning to adopt e-wallet usage without the need for government incentives.

According to monthly household income, higher e-wallet usage can be seen among T20 groups. In terms of ethnicity, all races see an increase in usage with slightly more enthusiastic adoption among Chinese (76% in 3Q’21) than Malays (63%) and (53%). As for working status, usage is also skewed towards PMEBs at 79% in 3Q’21.

The average number of e-wallets used by consumers has been steadily increasing from the 2 wallets towards the end of 2020 to 3-4 wallets in 3Q’21. 3Q’21 records the highest number of e-wallets used at any one time throughout the years since it was first introduced. This can likely be attributed to the services and promotions offered by many different players in the market now to attract consumers, while consumers are also gradually becoming more savvy and comfortable with juggling the usage of several e-wallets for their transactions.

As observed from the graph, on average Malaysians spend around RM325 per month on purchases through their e-wallets. In terms of generational differences, Generation X and Baby Boomers especially spend more with their e-wallets than others – hitting a monthly average of RM435 and RM437 respectively.

A noteworthy observation is that the monthly e-wallet spending increases as the income grows. As such, not only are more and more T20 individuals adopting e-wallet usage, they are also the segment that spends the most through the medium. Furthermore, although e-wallet adoption is the highest among Chinese, Indians actually spend slightly more on average per month around RM378.

The Top Brands for E-wallet Usage

Touch ‘n Go, Maybank QR Pay, GrabPay, BOOST, and ShopeePay make up the Top 5 brands favoured by Malaysians. Touch ‘n Go e-wallet exerts its dominance in the category throughout 2021 thus far and is still the leading e-wallet used in Malaysia at 75%. This comes as no surprise as the company’s goal is to make a cashless society. The app offers the most comprehensive services as it is accepted in many outlets, allows payment for toll and bills, and other online transactions for shopping and entertainment.

As a relatively new player in the market and category, ShopeePay has steadily grown adoption rates and is now firmly within the Top 5. This is likely thanks to the available customer base that frequents the Shopee App.

Among the top 5 e-wallet brands, ShopeePay has the highest user adoption in Kuantan (32%) in contrast to other locations. Meanwhile the other brands’ users are largely centred in KL/PJ. The users of GrabPay (57%), BOOST (54%) e-wallet and ShopeePay (59%) are somewhat more favoured by females, with users of GrabPay and BOOST e-wallet being slightly younger with an average age of 32 years old. In terms of working status, Maybank QR Pay (58%) and ShopeePay (55%) are both skewed towards PMEBs. Overall, the average monthly household income is quite similar across the users of the top 5 e-wallet brands, with all the brands offering a wide range of benefits and promotions that prove useful to people from all walks of life.

Where Are E-wallets Frequently Used?

With more grocery stores such as mini markets, supermarkets and hypermarkets adopting e-wallets as a payment method, a sharp increase in e-wallet usage is seen in 3Q’21 at 74% for groceries and has now top the list when it comes to e-wallet usage channels, replacing food and beverages (F&B) at 56%.

This also indicates that Malaysians are no longer confined to only using e-wallets for F&B and food delivery, but they are also expanding their usage to making purchases in grocery stores and convenience stores (CVS).

Looking specifically into the groceries channel, since more and more grocery stores are adopting e-wallet as one of their payment methods, e-wallet usage has increased across all types of grocery stores especially for mini markets that recorded an all-time high 48% in 3Q’21.

As for convenience stores, though Touch ‘n Go e-wallet sees a downward trend since early 2021 it still maintains its share as the highest at 23% with Maybank QR Pay (15%) following closely behind although it declined slightly in 3Q’21. Meanwhile, GrabPay (13%) and BOOST (10%) e-wallet are slowly gaining market share in the space.

In the F&B market, bubble tea chains and juice bars saw a sharp decline in 3Q’21. Maybank QR Pay share in the F&B space declines to 13% in 3Q’21 in contrast to other players that are slowly rising. Once again GrabPay (13%) and BOOST (10%) e-wallet increases alongside BigPay (6%).

A closer look into Food Delivery, Touch ‘n Go continues to lead in the category with the others following closely mirroring the other segments.

Would Malaysians Still Use E-wallets Without Incentives?

Throughout the last two years, the majority of people answered they would still use e-wallets in Malaysia even if there are no incentives. As Malaysians become more accustomed to e-wallets thanks to their convenience and speed, usage of e-wallets is bound to continue even without the cash backs, rebates, or promotions.

The study shows that e-wallets are here to stay, and even received a considerable boost in adoption among Malaysian consumers thanks to the effects of the pandemic. Digital payment offers benefits that consumers look for nowadays such as contactless payment to help comply with social distancing and COVID-19 safety measures, while the speed of transactions which can be achieved with e-wallets also helps to reduce queueing at shops with high traffic. This greatly improves the consumer experience and reduces workload for businesses. A successful business not only offers innovative products and services, but its payment options should also grow in line with changing trends.

For more information regarding e-wallets in Malaysia, feel free to contact us at: theteam@oppotus.com 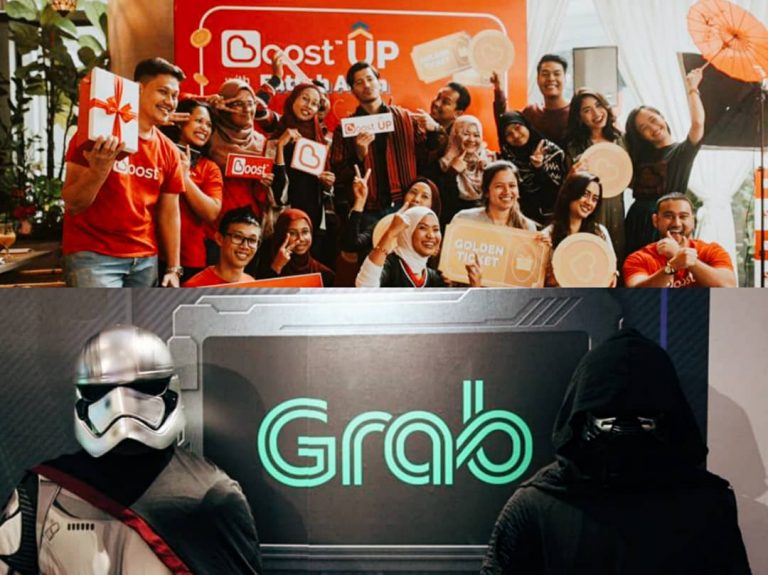 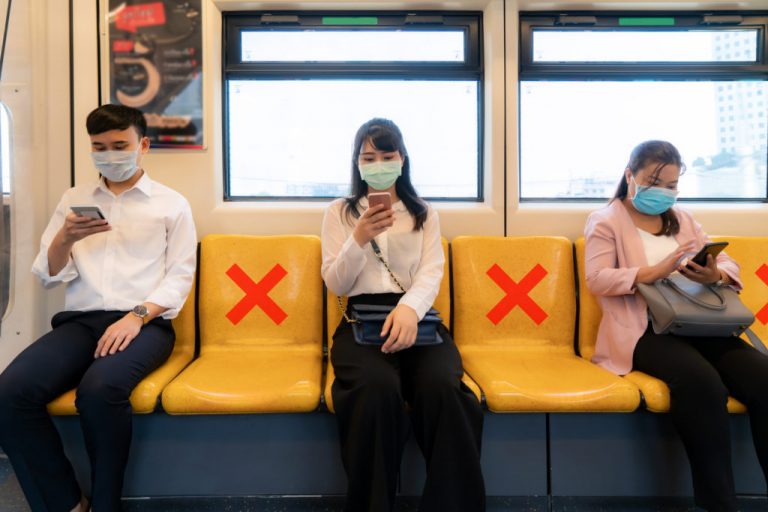 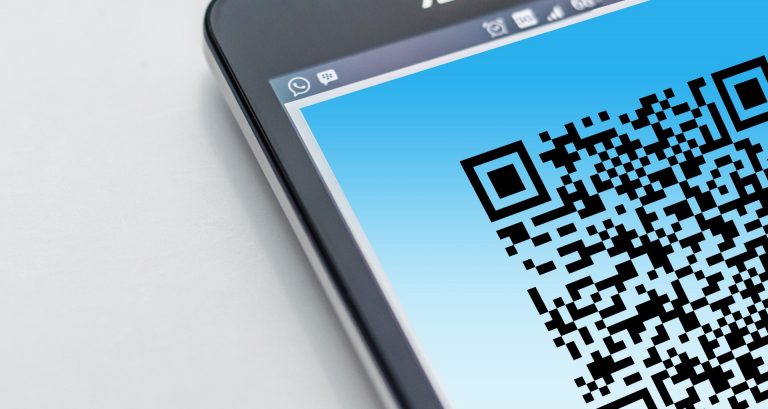