The Explosive Rise of E-Commerce: Analysing the Consumer Behaviour Behind the Billions of Sales on 11.11

Marketing starts with the needs of the customer and ends with his satisfaction and continued association. When everything revolves round the customer, then the study of consumer behaviour becomes a necessity, even more so in e-commerce.

Naturally, the behaviour of consumers is bound to change over time. Back in the days, the way consumers shopped for products was drastically different from how it is now. Today, consumers make their buying decisions as part of a participatory digital culture. The old patterns of consumer behaviour no longer fit into this new digital era.

Unless you’ve been living under a rock, you would be aware that e-commerce has been on a explosive rise for the past couple of years and looks set to continue on an upward trend for the foreseeable future. Supported by the global digital revolution (IMF 2018), the use of e-commerce has accelerated in recent years. The Asia region, led by China, is playing a leading role in nearly every aspect of digitalisation, including e-commerce. From less than 1 percent about a decade ago, China’s share in global e-commerce retail transaction value has grown to more than 40 percent (Woetzel and others 2017). Beyond China, a diverse set of Asian economies, including Japan, India, Indonesia, South Korea, and Vietnam, also have a robust and dynamic e-commerce sector.

Consumers in Southeast Asia spent an average of US$125 on online purchases in 2018 – a figure expected to rise by more than 300% to US$390 by the time 2025 comes around. As many different platforms and companies continue to ramp up their online trading activities, it will enable Southeast Asia to reach an estimated 310 million digital consumers by 2025, an enormous increase from just 90 million in 2015.

In particular, Malaysia is an attractive market for e-commerce in Southeast Asia due to it’s dynamic economy and developed infrastructure for digital technologies. Malaysia has around 26 million active internet users (80 percent of the population) and the population has extremely high rates of mobile phone penetration. Of the 32.25 million Malaysians (January 2019 data), 25 million are social media users, there are 40.24 million mobile subscriptions, and 24 million use social media on their mobile devices. 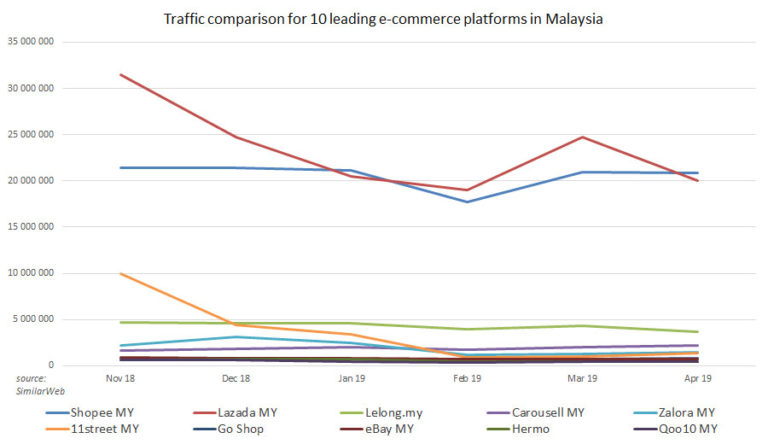 With 11.11, the biggest e-commerce event of the year having taken place earlier this month, we thought that this would be the perfect time to take a closer look at the behaviour of Malaysian consumers when it comes to e-commerce, using the activity during the 11.11 sales as a primary reference.

A brief overview of e-commerce and 11.11

The date of 11.11 is known as “singles day”, and the practice of celebrating the date as a kind of “anti-valentines day” and de-facto holiday originally started in China’s Nanjing University in the year 1993. What was originally said to be conceived as a small celebration between a group of students gradually spread through the university and eventually made it’s way into widespread society. As social media became more prevalent in the 2000’s, the concept of single’s day quickly spread, becoming more and more popular within mainstream chinese culture.

Much like all of the other mainstream holiday occasions such as Valentine’s Day and Christmas, all it took was the opportunistic eye of corporations to quickly turn single’s day into a massive commercial vehicle. In 2009, Alibaba and their CEO Jack Ma introduced the first ever 11.11 shopping festival on their platform, a day where unbeatable deals are offered among almost all the vendors and items available. The first iteration of 11.11 by Alibaba brought in $10 Million USD of sales in a single day, kickstarting a global phenomenon which would become the largest offline and online shopping day in the world. 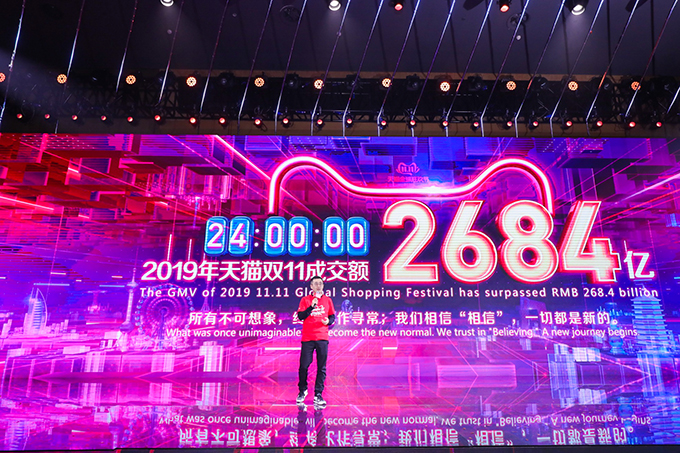 In the 10 years that 11.11 has been celebrated as a global shopping celebration, there has been continuous growth with almost all of the participating e-commerce platforms reporting a record high in sales each year. Alibaba first hit the billion’s mark for sales on 11.11 in the year 2012 with a sum of $3 billion USD. In 2019, they have reported a new record that stands at $38 billion USD. Malaysia also made it’s way onto the list of the top ten countries that spent the most during Alibaba’s Singles’ Day sales, coming in as the 7th biggest spender in the first hour of sales.

As of November 2019, the two most popular e-commerce platforms in Malaysia are Lazada and Shopee, which both have a monthly traffic estimate of over 20 million visitors. At the time of writing (25th November 2019), Shopee is the #1 ranked shopping app in both the Google Play and Apple app stores for Malaysia, while Lazada is ranked #2 in the Google Play store and #3 in the Apple app store.

As you may expect by now, Shopee has experienced exponential growth in recent times even without relying solely on the 11.11 phenomenon, as it saw it’s number of orders jumping from 92.7% to 246.3 million in the second quarter of this year (2Q19) compared to 127.8 million a year ago. The gross merchandise value of all sales has also seen an increase of 72.7% to US$3.8bil in 2Q19, compared to US$2.2bil a year ago.

With their steadily growing platform attracting millions of users, e-commerce sites such as Shopee have access to a rich database of consumer information which has yielded some vital insights. This includes the following which were revealed by Shopee earlier this year: 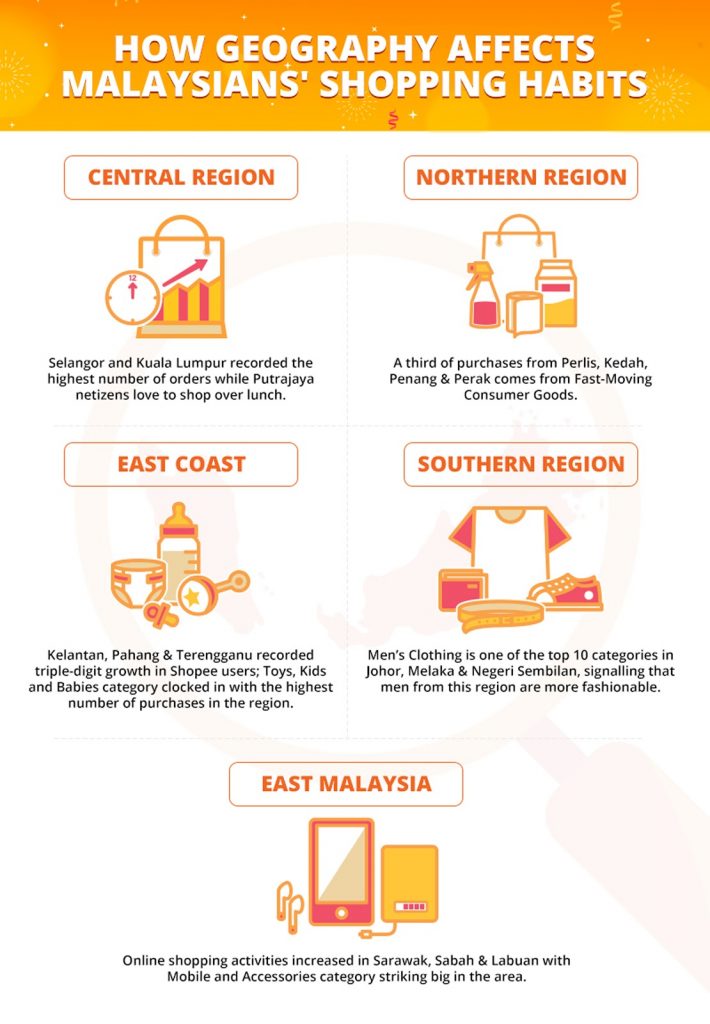 Consumer Trends as Seen During 11.11

Back in 2017, Lazada hit $24 million USD in gross merchandise value of it’s total sales during 11.11. In 2018, that amount was surpassed within the first 9 hours of the sale. This year, the 2018 record was surpassed once again within 13 hours. The official press release released by Lazada opted to omit the official value of the total sales for 11.11, but it does state that 26 brands recorded sales of over US$1 million across the region in 24 hours on Lazada. 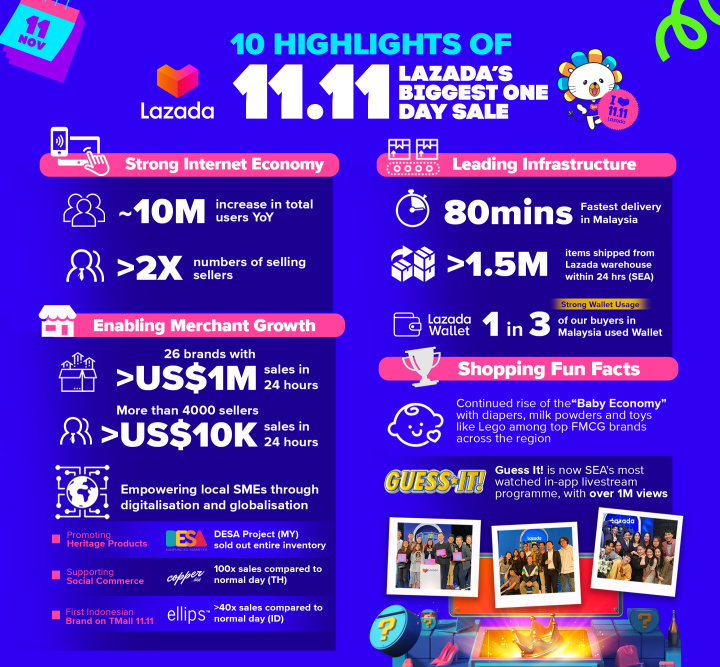 In 2017 the top three categories for the sales were Groceries, Baby & Toys and Electronics. More than 32,000 diapers, and 34,000 smartphones and tablets were ordered by customers.

In 2018 the top categories changed to Home & Living, Fashion, Health & Beauty, Accessories, and Mother & Baby, which suggests increased activity from female consumers who have greatly expanded the range of items that they are willing to buy from e-commerce sites. Where most consumers seemed to mostly focus on buying low cost items such as diapers and groceries in the previous year, by 2018, they had started searching for more expensive products such as household appliances. This shows an increased trust and acceptance of e-commerce by both consumers and vendors alike. More vendors have seen the benefits of e-commerce and made the effort to expand their operations on e-commerce, setting up their own official stores on e-commerce platforms or partnering with retailers to provide licensed products for sale which consumers can purchase with peace of mind, assured that they are spending their hard earned money on a genuine product that comes with all the usual benefits of buying from a traditional retail store – such as warranties, installation and servicing.

In 2018, Volkswagen had a special deal for Lazada’s 11.11 sale, where 11 units of a Volkswagen Polo B&W edition were available at a special price of RM68,488. Buyers only had to pay a rm799 booking fee up front in order to secure the special price, and all 11 units were claimed within under a minute. This could indicate that there is indeed a market for luxury goods on e-commerce platforms, such as cars and high-end electronics, one that will continue growing as customers become more accustomed to e-commerce which will make them more comfortable with the idea of spending larger amounts of money to purchase luxury items on the platforms. 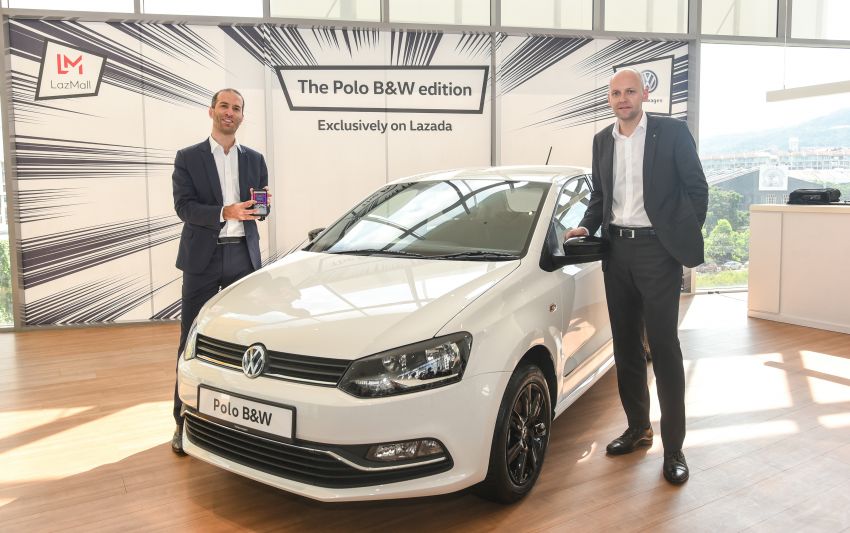 Similar to Shopee’s findings, Lazada’s data also indicated that the states shopping the most on 11.11 were Selangor, Kuala Lumpur, Johor, Penang, and Perak.

Coming to 2019, rather than stating the total value of sales for 11.11, Lazada instead chose to highlight it’s increase in users and the performance of merchant’s on it’s platform.
Lazada sold more than 1 million items in the first hour alone this year, while Shopee reported receiving 3 times more orders in the first hour of their sale compared to last year. This highlights the growth of 11.11 into something more than just a day for consumers to pick up discounted items. Consumers eagerly await the moment that 11.11 arrives, and rush to e-commerce platforms as soon as the festival begins in order to snag the best deals and limited items before they sell out. It is now a full-on cultural phenomenon, flourishing in an era where digital activity and online consumerism are beginning to overshadow traditional consumer behaviours.

Also notable is the increased usage of e-wallets during e-commerce transactions on 11.11. The Lazada Wallet was the highest-used payment option during the 24-hour sale, with their rate of transactions per minute increasing by more than 50% compared to 2018.

The Desaku LazMall Flagship Store on Lazada sold out their products in less than 24 hours. Desaku is a store that sells native Malaysian products originating from rural areas and aims to help create opportunities for rural farmers and the Orang Asli community. This creates an interesting intersection between digital technology and traditional culture, as it can be seen as proof that aboriginal products have a strong market on e-commerce platforms. 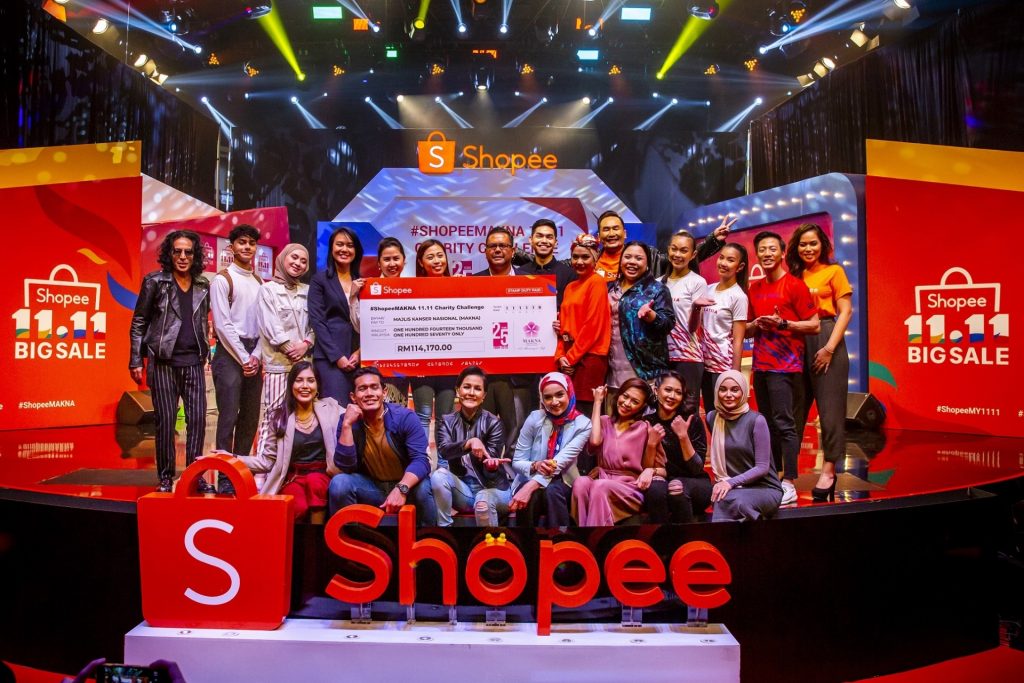 Looking at the most popular shopping categories, Shopee stated that the brands which saw the biggest increase in sales were Tefal, Skechers, and Acer who recorded a 3,408-time, 2,870-time, and 1,743-time increase in orders respectively. Like Lazada, this indicates that home & living, fashion and technology are popular categories amongst consumers, while according to another official statement by Shopee, the top categories for overall sales were Home & Appliances, Groceries & Pets, Baby & Toys, and Mobile & Accessories.

Shopee also noted that there was an increased amount of males and older users shopping during 11.11 this year. Although the popularity of groceries, fashion, and home & lifestyle products does point towards a large base of female consumers shopping on e-commerce platforms, it makes sense that more males would also be flocking to the platforms on 11.11 in order to find good deals on typical popular categories such as technology and mobile devices, with keywords such as power bank, speaker, earphones and iphone being searched for over 2.9 million times in total.

With 11.11 being the worldwide commercial and cultural phenomenon that it is in 2019, it’s safe to assume that it will continue being an annual occasion that brings e-commerce and consumer behaviour to the forefront.

The same categories of household items, fashion, baby products, and groceries remain popular from year to year, but we also see an increased uptake among male and older consumers, as well as a growing market for unique categories such as luxury items and even aboriginal products.

As e-commerce continues to grow in popularity, we are also likely to see a rise in e-wallet usage as a more convenient payment option for online transactions. As consumers started to move to e-commerce for more of their regular purchases such as make-up and groceries, it would make sense for them to utilise e-wallets in order to streamline the checkout process.

Stay tuned with us for more insights and analysis of e-commerce trends in the coming year.

If you would like to go into a deeper study of e-commerce trends for your company, please contact us at theteam@oppotus.com 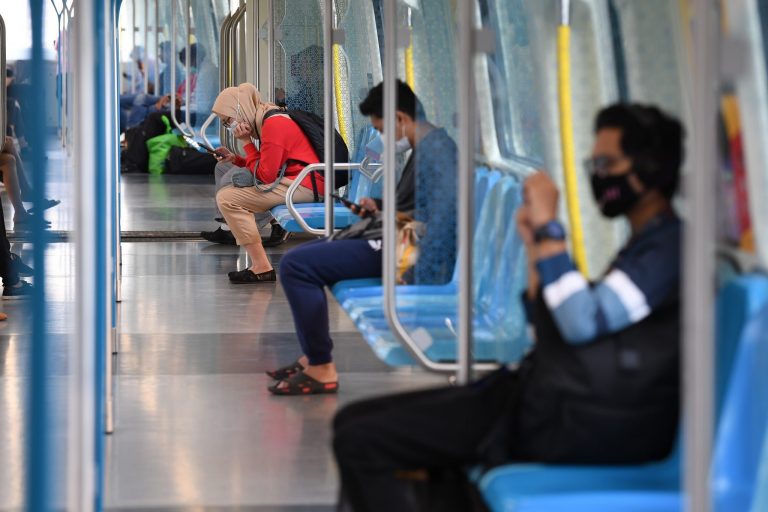 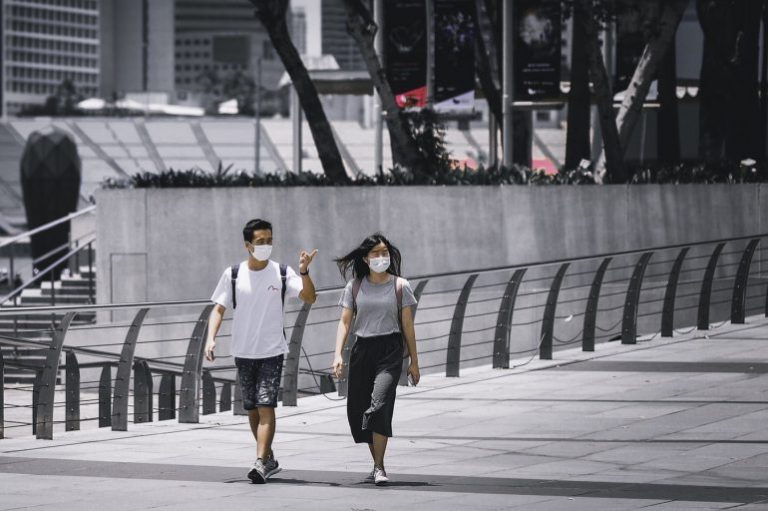 Malaysians on Malaysia Q3 2020: Consumer Confidence Up in RMCO 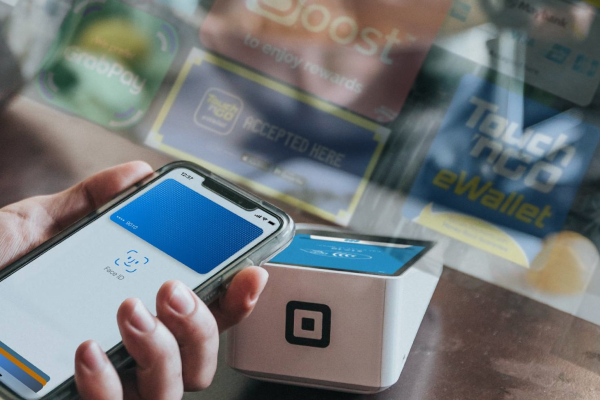